Does the employer have the right to test employees for drugs?

There are no specific rules governing the possibility of testing employees for drug content in the field of drug testing. In this respect, therefore, there is, as a rule, no legal basis which would grant the employer the possibility to demand that these tests be performed against the employee’s will.

In principle, there is also no basis for summoning the Police in order to resolve the issue of being under the influence of intoxicants by an employee. Of course, the provisions of the Labor Code should be applied, in particular with regard to health and safety rules, which, in the event of reasonable suspicions as to the possibility of creating a threat to oneself or other employees, allow such an employee to be removed from work.

One may be inclined to interpret that it is possible to apply Art. 17 of the Act of October 26, 1992 on Upbringing in Sobriety and Counteracting Alcoholism, however, this provision may not be applied directly in the case of suspicion of being under the influence of intoxicants. If there is a reasonable suspicion that a given employee is under the influence of intoxicants, the employer should immediately remove him from work and then examine with the help of the so-called narcotic tests. For this purpose, however, it is necessary to introduce appropriate internal regulations at the employer (work regulations) regarding the possibility of conducting tests and specifying the procedure for conducting them.

If an employee questions the positive result of the drug test, he should be allowed to undergo the test at appropriate external institutions at his own expense if he wishes to show that he has not used drugs.
It is also worth mentioning that a positive drug test result will not always be reliable, as the drug test may show the detected substances even after a long time after taking them.

Legal basis: the Act of October 26, 1982 on Upbringing in Sobriety and Counteracting Alcoholism

What are the rules for safe snow removal of roofs?

What forms are used to document the occupational risk assessment in Norway? 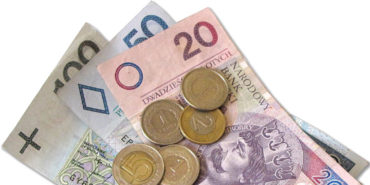 What does the Top Employers Institute do?

What is the composition of works councils?

Can I perform remote work in quarantine?

Decent work is a safe work